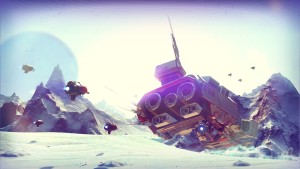 Yes, over at Fan To Pro I admit I have no idea WTF is going on with gaming careers, and I’m not doing so hot on gaming itself.  CES and a few other things blew my mind.

Honestly, it’s insane out there.  In fact I think the probably big company/small company split is going to make it harder for people to break into gaming – at least more confusing.

Monday, I’ll have an analysis up at Fan To Pro on CES and disruption of gaming.  Well a rant and analysis.  With bullet points.  Anyway its 1200 words of painful insight and sarcasm.

With all the changes in gaming going on, I’ve asked myself what part it plays in my life.  I enjoy it, I grow from it, etc.  But as so many options come before me, I find myself asking what is it for.

This is actually a question many people are going to have to ask with so many options and so many changing options.  Consumer or producer, what gaming is for is going to have to be asked to spend time, money, insight, and throwing birds at pigs appropriately.

The thing is what gaming is for has changed as the scope has expanded.  There are many “non-gamers” who game.  The DS, the Wii, Facebook games, mobile games, etc. have brought in legions of non-gamers into the gamer space – and these people are gamers.  The sphere has expanded.

But what people want and need out of gaming differs along many axes.  We just don’t think about it very much because we treat gaming as all-too-often monolithic.  Sure, it’s not monolithic, but it’s far less of what it’s not now – if you’ll excuse my terrible contortions of language.

So for myself, with options, I have to ask what I get out of gaming and how, out of many options, to pursue it.

Developers, hardware makers, publishers, are going to have to ask what people want and need, and how to deliver it.  They will be unlikely to cover all markets.

Then of course there’s the question of what happens as the omnipresence of games expands . . . but we’ll see how that goes in the next few years.

What is gaming for?