Hatred is fire, and a powerful weapon too tempting for many to resist.

It is easy to inflame a few people with words, actions, and deeds.  Such people with their passions ignited will easily take terrible actions and commit atrocities.

Soon, seeing the actions of this hateful group, others will burn with hatred of them.  These people, caught up in the fire of hatred, will in turn do even worse acts.  These acts will catch many innocents, many unawares, many who were not enemies.  Those who survive these acts of retaliation will be further enflamed.

Of course in the end fire leaves ash, but oh those clever and sly men don’t think of that, only of the power they have. 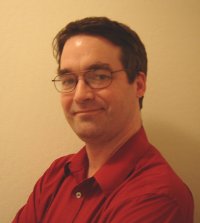 You may be late for a very important date, but then something stupid on the internet appears and you become even more late.

The internet allows us to get all kinds of news, information, commentary, and of course, examples of blatant human ignorance and venality.  The latter can come in many forms: it could be ignorant comments on a news article, a story on an excessive idiocy, or an artifact of pure drivel.  Whatever form, it’s distracting.

When you see the stupid, you get curious.  You have to read the comment, then see how people respondent.

When you see the stupid, you have to find out more.  You click the link to read about the latest atrocity of human intellect.

When you see the stupid, you have to face the stupid.  You read an entire article manufactured from delusions and deliberate idiocy just to find out how bad it is.

Then, your time is gone.  It won’t be coming back.  The stupid grabbed your curiosity and absconded with your time, and you helped it.

Anyone can spend hours down the rabbit hole of stupid.  It’s intriguing, fascinating, horrifying, and you have to follow it.  Don’t think I’m immune, my natural curiosity has taken me to some dark places where idiocy shined brightest of all.

I’m not proposing a moratorium on avoiding dumb things; just we be more aware of how we’re easily distracted by them.  If you don’t think this is a problem, then remember you just spent how many minutes reading a blog post on how stupid things can be, so I may have just become part of the problem . . .

Greed is a disease.  It cannot be sated, it consumes and consumes until there is nothing left.  Greed knows no boundaries.  Because of this the wise and sane recognize its dangers and proscribe limits on ambitions.

There are those who have given themselves over to greed, who can never have enough, whose cravings know no end.  There are two types of these greedy people.

The foolish and greedy, enslaved to their drives, grasp and seek more, often without plan or prudence or forethought.  They defeat themselves more often than not.

The clever and greedy are shrewd.  They wish much, but they know that their efforts can easily be defeated, and that their greed is an obvious flaw.  Even if they do not acknowledge such things in their minds, they do so in their hearts.

It takes little to entice those with greed but little sense.  They are easily led by being told they are like those who are greedy but clever, that they too will be as well off as they, that they will also acquire much.  They forget that the greedy have no allies or loves, merely tools.

The clever and greedy may even say their sickness is a virtue, and the foolish and greedy will agree with them.