A few days ago I look a look at “Big Score” mentality and leadership.  It’s time to look at Education.

Lately I’ve been contemplating the “Big Score” mentality, the idea that one’s activities lead to an enormous payoff, or one gambles on an enormous payoff, but in all cases ignoring larger, sustainable practices and results.  It’s the IPO release, the hit novel, etc.  Just take a look at politics and ask yourself how many people think their candidate will make It All Perfect Forever.  That’s the Big Score.

The Big Score is unsustainable and irrational, and economically is a form of extraction economics; it’s about drawing in enough money and resources for a financial payoff without necessarily doing anything with long-term value.

Now we may complain about people who look for the Big Score, but a very common idea about education is a form of widespread “Big Scorism” and that’s the Degree.  Or the certification.  Or the class.  The idea one thing will Change It All Forever.

I know plenty of people who got degrees, especially lately, and aren’t getting any use out of them; in fact their student debt may be erasing any value they could get out of it.  In short, the degree is not a gateway to prosperity; it’s often part of “Big Scorism.”

I am in no way blaming the students who got degrees and can’t get work; in most cases they were a victim of cultural problems.  I want to explore just what happened and where the Big Score mentality affected education.

Economics is one reason the degrees don’t pay off; the world economy crashed thanks to bad regulation and greedy people.  The Big Scorism of economics, from the money-shuffling to the house-flippers who fell for it, meant economic catastrophe.  That affected the value of degrees since the economy of the world doesn’t have as much money to invest and spend on people with, well, degrees.

The changes in the world reveal the Big Score approach in education because the many students who had prepared with what they thought would pay off now find that it doesn’t work.  There’s ways they could have been better prepared, from internships to alternate degrees, from good advice and help relocation.  Instead they weren’t prepared and many a student listened to the Big Score approach – get a degree all is well – because it’s what everyone was saying.  It didn’t pay off.

A lack of sustainable, long-term thinking has also played into the Big Score approach; how many people pursued degrees because they figured it would pay off, without knowledge of the bigger picture or the career options?  I still recall the (many times) law school was supposedly the key to a career, which isn’t quite the case.  I still can’t get over the comptuer/science decline DARPA saw a few years ago.  How many people, in fact, actually are taught or learn how the economy works?

Historical change is finally another issue.  Really, there have been times where a degree in this or that was a career guarantee, or at least a guarantee of a job right out of college.  Not the case now.

Time and again I hear people who got degrees wondering what happened.  What happened is they got sold a focus on one thing, a Big Score, and it missed long-term planning and economic reality.

Solutions-wise, I think beyond all the economic and political fixes, a focus on education needs to cover two sides.  The first side is the liberal arts to create a well-rounded person capable of learning and communicating.  The second needs to be a sustainable career focus on how a person can play a role in society (or invent their own).  Degrees, classes, etc. are just a part of this two-sided larger picture.

And we need to forget the Big Score. 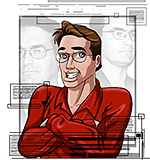 I had fun writing about The Big Score mentality in America, how the idea of seeking One Big Score distorts culture and economics.  I got some response on it, and have been thinking about it a bit more.

The idea of a Big Score also distorts leadership, a subject I find myself mulling over constantly as I look at the state of the economy and government (though mostly I’m thinking business/economic leadership here).  There’s talk of leadership this and leadership that.  Thought leaders.  Technical leaders.  You can’t follow the leader since we have so bloody many of them.

There’s no comprehensive vision beyond The Big Score.

There’s no sense of a big, sustainable picture because there’s no thinking beyond The Big Score.

There’s no sense of the price paid for The Big Score.

There’s so much reliance on the Big Score there’s little thought on what happens next.

There’s no courage.  The Big Score predominates all, and few want to argue with it or challenge it.

I’m lucky to have worked under and with a lot of people who do lead and don’t live The Big Score.  In fact, they probably contribute more to any Big Scores that do happen than anyone else.

As I look at the lottery-ticket mentality of many businesses and organizations, in finance and in technology, I think we’ve got too much Big Score leadership.  It’s not guiding us to the future, it’s guiding us to a hopeful economic Rapture, and too often many people just fall back to earth.

(Sorry for the delay in posts, been a tad busy!)

Economic policies, economic choices like careers and business plans, are of utmost importance in life.  Sun Tzu may have talked the importance of war, but I wish the guy had taken a little more time to focus on economic issues as well.  Then again he was kind of busy being brilliant.*

When one considers economic issues in a society, the most important thing is sustainability – can one maintain a functional system or even enhance it over time.   This is necessary to society as society itself is essentially a long-term thing – no long-term economics, no society as many nations have found out throughout history.  When there is no planning and cultivating of a sustainable economy (or half-baked planning constrained by ignorance, ideology, or moral faults) there is no stability, no success, and no society.

Needless to say I see great examples of bad planning and bad policy today.  Hopefully you see them, but by now fish may have no word for water.**

There are many reasons for that, but one thing I feel should be examined – and which is not examined as much as it should be – is the idea of the “Big Score.”

The “Big Score” permeates our culture and our economic culture.  It’s the lottery win, the perfect IPO release, the Big Novel that makes you famous for life.  It’s the idea of having the bit, the big victory, and then everything will be fine.  It’s the economic version of the Rapture.

In a way, the “Big Score” is the Winner-Take-All/Superstar effect internalized.  It’s the idea you will/can triumph and have it all fantastic forever.  You just need to get there “once”, forgetting plenty of others want to get there too.

Then we wonder what happened.

* I do recommend reading “The Art Of War” so you can know about what everyone pretends they read.

** I could have made an “underwater housing” joke here, but didn’t.  You’re welcome.